Jalgaon city is well developed with good roads, good communication and transport infrastructure. There are autos and taxis private taxis available for local transport. However, the public transport buses and trains are the most used by the people around.

The Jalgaon city bus service was previously provided only by the Maharashtra State Road Transport Corporation (MSRTC). However, they were not meeting the increasing demands of the city. Hence the Jalgaon Municipal Corporation along with the private bus company Prasanna Bus Links Private Limited started a project to provide bus services in the city. The eco-bus service was launched on 15th August 2009. Now there are around 30 buses operating on 11 routes apart from the other MSRTC buses. The commuters are benefited by this scheme as it has provided better frequency, fast and safe travel, student concession passes etc.

The Jalgaon railway station in Jalgaon city has a number of trains passing through this line. The Jalgaon railway station comes under the Jalgaon- Bhuswal sector. It was electrified in 1968-69.
The railway station provides computerised reservation offices, there’s a trunk call/public call booth for emergencies. Special arrangements are made for waiting travellers at the station with a retiring room and also a waiting room. The station also boosts of food stalls that include both vegetarian and non-vegetarian stalls and also has a book stall for recreational purpose. 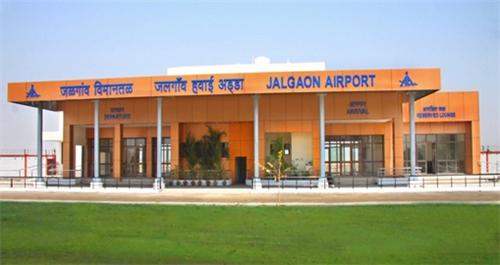 Then president of India, Pratibha Patil took the responsibility of development and expansion of Jalgaon airport in June 2010. The revamped airport with apron and taxiway was inaugurated on 23r March 2012 by President Pratibha Patil. The airport has over 630 acres of area with one runway which is around 1700 metres in length. The runway has a basic approach along with edge lighting. A Pune based company Silver Jublee Aviation has now announced that flights will be started from 16th January 2013 to Aurangabad, Pune, and Mumbai using a 19 seater aircraft.