Jalgaon city was established by The Marathas, Sardar Tulajirao Bhoite founded this town. However, before October 1960 this city of Maharashtra was known as east Khandesh district. The history of Jalgaon and the originality of the name Khandesh are filled with stories of Mughal emperors and of Maratha warriors.

It is believed that the name Khandesh was given to the city by Malik Nasir, the second of the Faruqi kings, to whom it was given by Ahmad–I of Gujarat who derived it from the title “Khan”. There is also another theory that says that the name comes from the Khandava forest of Mahabharata. 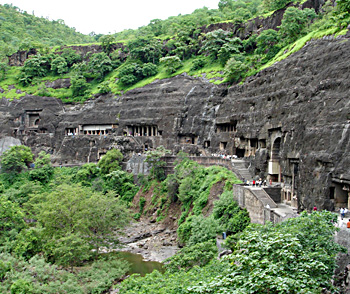 Jalgaon was ruled by many rulers during different era. The rock and cave temples in Nashik and Ajanta have sculptures that show that Khandesh was initially under the rulers of Buddhist religion. Next to rule were the Saptavananas, Virsen (Ahir King), Andhrabhrityas, etc. The arrival of Muslim rulers and the Mughals saw emperors like Mohammad Tughlak, Alaud-din Khilji, the Nizam of Hyderabad, Malik Raja Malik Nazir and subsequently the Marathas ruling the region.

In 18th century, the British captured Khandesh from the Holkars and made Dhule their headquarters. Hon. Robert Gill became the first officer of British East India Company in the Khandesh District. This area was than divided into two in 1906 of which east Khandesh was created as the present Jalgaon. In 1956 with the reorganization of the states, it was kept under the Bombay state, and when Maharashtra was created, Jalgaon was included as a district in the state.

Thus the former Khandesh which was controlled by the Faruqui dynasty of Burhanpur, was than well established by the Maratha Royal named Tulajirao Bhoite and became Jalgaon. The Bhoite rulers built a mansion there which is now recognized as Bhoite Gadhi. 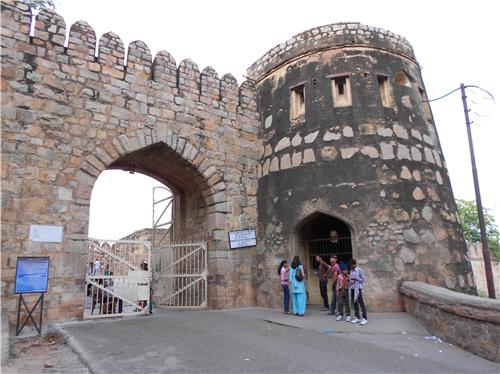 One more history related to the banana-city, Jalgaon is about the Parola fort. The historical fort founded in the year 1727 is assumed is related to the father of Laxmibai, the Great Rani of Jhansi, a native of Parola.