Jalgaon being in the northern region of Maharashtra has quite diverse climate. The city has extreme weather with very hot and dry summers and equally cold winters which makes it unpleasant at times. 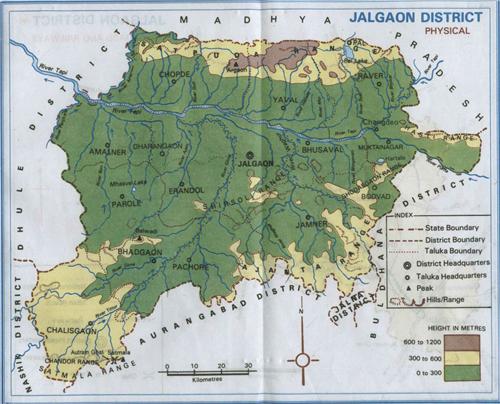 Jalgaon is surrounded by the Satpuda ranges in the north and Ajanta ranges in the south. The city is located at an average elevation of 209 meters. Tapti River is the main source of drinking water and irrigation in the region. It rises from the Western Ghats and flows through the eastern Maharashtra to join the Arabian sea. Tapti has thirteen tributaries and flows in a deep bed which makes it difficult to use for irrigation. The Girna river flows north just to the west of the city.

The climate of Jalgaon is pretty diverse. It can be very hot in summers with the temperature going up to 47 degree Celsius within the months May to June mid. Jalgaon receives moderate rainfall, about 700 mm of rainfall during monsoons. Unlike the summers the winter out here is quite pleasant. The best time to visit Jalgaon is between December to February.

The state forestry department has opened its office in Jalgaon district in1881 and now has Jalgaon city and Yawal as two divisions in the district. The Jalgaon city division has 8 dense forestry sectors, 22 sub-divisions and 57 remote areas.